“Look at the following pictures. I would like you to describe them for me please,” I asked as I handed the candidate the photos. As he spoke, I couldn’t help but wonder what I would have said if our positions were reversed. Some pictures are so vague, I actually feel sorry for the test takers. How long and to what extent can you describe a red balloon? The student had already started trembling as I urged him to continue with his description, so as to meet the time restrictions imposed by the university. To his merit, he did quite well as he expanded the description to how the image made him feel.

The next question though, literally baffled him as it had to do with future employment. The candidate was no older than twelve and you can tell he was already under a lot of pressure to live up to the expectations of successfully passing his exams. I myself wasn’t sure of what I wanted to do in my life at that age besides riding my bike and playing with my friends. Upon finishing the test, he awkwardly grabbed his personal documents and gasped a short ‘bye’ as he frantically made his way to the exit, only to be halted by a brigade composed of his teacher, the school owner, parents, siblings and what appeared to be grandparents who stuffed the child with food and a beverage, while also interrogating him, adding further fuel to fire, aggravating an already fragile mental state. “What did they ask you? Was it a male or female examiner? How old was she? I’m so happy we talked about future employment in class! You did tell the examiner that you want to be a doctor, didn’t you?” the teacher asked her student in the most defensive of tones as to ensure her employer was aware of the fact that she covered the topic in class. “But I don’t want to be a doctor. I want to be a basketball player,” the student replied as the group made their way home.

“Come in, and please close the door behind you,” I kindly asked as the next candidate entered the room, unintentionally ignoring my request. I admit they’re all stressed, as I quickly shut the door myself so as not to fall behind in my schedule. “I love your dress!” the girl commented as I prepared her test. “Why, thank you!” I replied smiling. It was probably the tenth time today that they complemented my dress, along with my lipstick, my hair, my nails and just about everything else. Don’t get me wrong. I love complements just as any other girl would, but I can’t help but wonder that perhaps there could be an ulterior motive behind this appraisal, to gain my favor perhaps? Regardless, I too would eventually comment any attire on them that was worth noting to lift their spirits a bit. As soon as I asked the first question, I found myself perplexed at the efficiency in which the candidate answered it. What was this? The twentieth candidate I was examining? Well, obviously all the test takers waiting outside have already shared and elaborated the topics of the day with their teachers. The element of surprise and any hopes of having a genuine conversation were now lost, as the rest of the afternoon would now be dedicated to marking the candidates in their efficiency in rote learning. The red balloon had now reached new heights – no pun intended – as in some cases it represented the evolution of humanity, while in others it was a symbol of hope and inspiration. Personally? I bring balloons to my students on their birthdays because they’re fun to play with. Now, this begs the eternal question: “Are we teaching English or are we prepping students for exams?” Admittedly, it’s a shame if we were to support the latter, as this would mean that all those years of attending English classes were pointless in the long run. How many of these candidates would ever speak the language again? Do they even want to? Questions to which I didn’t have time to contemplate the answers as the next candidate entered the room.

“Good afternoon! Door please!” I exclaimed as the candidate had swiftly made his way to the chair in front of me. “Never mind,” I exhaustingly replied making my way to the door once again. As I examined his documents, he took the liberty of speaking. “I am in the military and I need to pass my exams,” he stated as he stared into my eyes. “Well, I wish you the best of luck! Are you ready?” I asked with a smile. “No, wait! I need to pass this test,” the gentleman persisted. At this point I was wondering, even felt intimidated by his insistence in talking this over. I was already a few minutes behind schedule and desperately needed to freshen up.

“Just do your best and I’m sure you’ll succeed,” I smiled back. He obviously became frustrated and started mumbling something in his mother tongue as I started the recording. To my frustration, he had never tried the test before and I had to constantly repeat the instructions. The test lasted more than expected and the candidate barely made the mark. At least he was kind enough to complement my dress.  At that point I had to speed up a bit and if possible, make it ahead of schedule. I have a reputation for being punctual and efficient and had to live up to that.

“Come in!” I yelled full of confidence as the next student entered the room. “Door please!” I pleaded him; alas it was already too late. The candidate was wearing a T-shirt representative of the city of London. I had already seen a dozen of them since morning. “Nice shirt!” I commented so as to break the ice and make the student feel more comfortable. “Thank you! This is from your country!” the student commented with a silly smile, believing his choice of wardrobe would work as a positive catalyst in his final mark. “Well, I’m from Chicago,” I explained as I handed him his pictures. I must admit, my reply foiled his expectations and the exam taker was at a loss for words. “This is a red balloon. In the sky. A blue sky,” the student described. “Yes, go on please,” I urged him. “This!” he answered. “This, what?” I asked curiously. “This. The balloon,” he answered in the most natural of tones. At that point I was both mentally and physically exhausted. I was fed up with red balloons, and the fact that I hadn’t had any breaks yet, didn’t help matters either.

After the test was over and having to shut the door myself a few more times, I decided to freshen up. The coast seemed clear with no signs of any other students. To my dismay, a few seconds later, a knock on the door dragged me back to my desk in a hurry. “Come in!” I enthusiastically invited my next student in. Before shutting the door, I took quick glimpses of the hallway, in hopes of locating any coordinators, with the purpose of asking them for a two-minute break in order to freshen up. With no one is sight, I carried on with the exam. Not answering the door to a candidate would further add to his anxiety and of course leaving him alone in the room with the exam material is out of the question. It’s things like these that are always a challenge for oral examiners. Now, which candidate is this now? Number forty-three or number forty-four? It’s so easy to get distracted with so many of them coming in and out of the room. “My name is Emily! What’s yours?!” yelled my next candidate. Why was she yelling? A mystery that still eludes me to this day. Whatever the case, I replied, “My name is Katherine! Nice to meet you!” “I am happy to make your acquaintance!” she answered in a chilling robotic tone. Does this kid even know what she just said? Throughout the test, her responses were unnatural and rehearsed.

Although she was obviously a bright and meticulous student, she lacked the most important element when having a conversation; that of critical thought. Not all replies come down to a pre-rehearsed list of potential answers. The beauty of having a conversation is to expand our thoughts, enlighten each other, even disagree. I love my job and being an oral examiner offers me that opportunity, to meet wonderful people from all walks of life, exchange ideas and have a pleasant conversation. Having them come into the exam room under the mindset of merely passing an exam, hinders their potential which is not only disappointing but problematic as examinations should represent the culmination of a well-rounded education, something many students have failed to realize to this day. Anyone can walk through a door. Knowing how and when to do so is a whole different story.

After what seemed to be an eternity, I finally had the opportunity to freshen up. A few moments later, my next student walked in, asking me if she should close the door. I smiled and thanked her. Perhaps there is still hope yet. 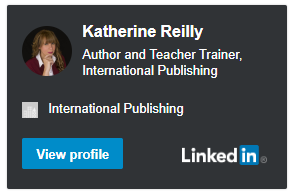